After more than one year, we are finally back on ice! And we have some exciting news to share with you!

To kick off Season 2021-2022, our men’s team decided to move to Minnesota for training in early August while Ting-Li would be commuting between Madison, WI, and Chaska, MN, on the weekends. (That’s a 4.5-hour drive!) A lot of top USA curling teams are doing their trainings in Minnesota. We thought, “Why not do the same?”

In addition to daily practice at the Chaska Curling Center, the men’s team also participated in a couple of bonspiels in the past month. Our goal was to get ready for the upcoming competitions.

The are 3 groups and 1618 teams in total. (Two teams withdrew from the competition). The top 3 teams from each group will advance to the play-off.

There are 3 groups and 17 teams in total. The top 2 teams from each group will advance to the play-off.

The Pacific-Asia Curling Championships 2021 will be held in Almaty, Kazakhstan, from November 6th to 13th, 2021. The number of participating teams and the schedule have not been announced yet. For the men’s event, the gold medal team will qualify for the World Men’s Curling Championship 2022, while the silver and bronze medalists are eligible to participate in the World Qualification Event 2022 in January. 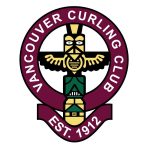